Seems like self storage facilities are being built everywhere these days, but according to New York Court of Appeals at least one has to be torn down.

Nick Sprayregen, owner of Tuck-It-Away Self-Storage in Manhattanville, NY, just lost one of the last rounds of a six-year eminent domain battle against the Empire State Development Company and Columbia University.

For years the Columbia has been buying land and businesses around Tuck-It-Away Self-Storage with the goal of developing the area into a campus expansion. They currently own 85% of the area, but Sprayregen, along with owners of a local gas station have refused to give up their businesses in the area.

The ESDC finally decided to invoke eminent domain, the process of the government ceasing private property for “the public good.” The invocation of eminent domain is contingent upon the designation of an area as “blighted,” a finding that the ESDC released in July of last summer. Some locals have loudly challenged that judgment, arguing that any ostensible blight in Manhattanville is on Columbia-owned properties.

A lower court disagreed with the state on a few of these issues. The ruled the use of eminent domain in this case was illegal, as it did not constitute a public good, but instead benefited a specific private party.

They also questioned the area being declared in a state of “blight.” It was revealed that ESDC hired a company to conduct the study to determine if it was in a state of blight that was also a contractor for Columbia.  Another concern raised was the fact that many didn’t consider the area a “blight” until the University starting buying it up. So was the University at fault in the first place?

ESDC immediately appealed the decision and on June 24, the New York Court of Appeals in Albany overturned the decision, ruling the determining of “blight” was accurate and legitimate. 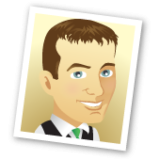