Ben Franklin famously said that only two things in life are certain: death and taxes. But there’s one thing the Founding Father and polymath forgot, the third grand truth of reality: Everyone is just six degrees from Kevin Bacon.

Even in the storage industry.

To prove it, I’ve compiled a list of storage facilities that are all within six degrees of Kevin Bacon. Special thanks to the Oracle of Bacon for making my research a lot easier.

Located, as you might have guessed, in New York City, Manhattan Mini Storage had the misfortune of renting to one Jonathan Shaw, a tattoo artist employed by many celebrities, including Johnny Depp. In 2011, Shaw was arrested for illegally amassing a stash of guns, knives, and ammunition in his storage unit. Here’s how it relates to Kevin Bacon:

Self Storage Center could have been a movie star. As the setting of the comedy-horror film Self Storage (2013), the East Greenwich, Rhode Island facility was on the fast track to fame and celebrity. Unfortunately, the film was universally panned and scarcely attended. Maybe if Kevin Bacon was in it…

In contrast to Self Storage Center, Your Self Storage starred in a classic: The Silence of the Lambs (1991). Unfortunately, the Pittsburgh, Pennsylvania facility recently went up for auction, so its days of fame may soon be gone.

Keeping in the cinematic vein, a couple of Budget Storage facilities in North Carolina were the setting of indie film Esposito (2011), a light-hearted romance about a man who buys a woman’s storage unit at auction and then uses what he finds to woo her. Even the indie circuit is never far from Kevin Bacon:

When Barry Switzer retired from coaching professional football with the Dallas Cowboys, he made the obvious move any head coach would make: He started a chain of storage facilities. Switzer’s Locker Room operates 12 locations in Oklahoma, and, you guessed it, they’re less than six degrees from Kevin Bacon:

Another celebrity storage owner is late television host Art Linkletter, whose credits include CBS’s House Party and NBC’s People Are Funny. His storage facilities spread throughout the Los Angeles, California area. Unfortunately, Kevin Bacon was only ten when House Party ended, so he never had the chance to appear on Linkletter’s show.

NFL quarterback Michael Vick is famous – and infamous – for a number of things, but his storage unit that went up for auction at Ironbound Road Mini Storage seems to have slipped under the radar. The Williamsburg, Virginia facility sold the unit back in 2008, after Vick declared bankruptcy while serving a 23-month prison sentence on dog fighting charges. Kevin Bacon, of course, would not approve.

In another tale of scandal and intrigue, Eighteenth Street Self Storage received a shock in 2009 when police raided one of their units rented by the doctor of then recently deceased Michael Jackson. Dr. Conrad Murray was suspected of manslaughter, so police searched his Houston, Texas storage unit and office. He was eventually convicted and served two years in prison. Somewhere in all the mess, we inevitably come to Kevin Bacon.

There you have it, folks. People have said that Kevin Bacon is the center of the entertainment universe, but I’d wager he’s the center of the self storage universe as well. No matter who you are or where you’re located, it’s likely you can count on one hand the number of steps between yourself and the famous actor.

How is your storage facility linked to Kevin Bacon? 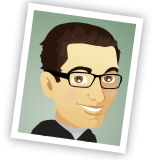