Top 10 Reasons Not to Live in Your Storage Unit

If you’re trying to save up money for that fancy new iPhone, you may think, “Well, gee, a storage unit is much cheaper than paying rent on an apartment!” Think again, because there are several flaws to your plan.

10) There may be snakes. Giant dead snakes. And even if they’re not in your unit (but one nearby), the stench will certainly get to you.

9) If you don’t pay rent for 3 months, you may be auctioned off to the highest bidder in typical Storage Wars fashion.

8) And if that auction just so happens to actually be during a taping of Storage Wars, you may repeatedly hear “Yuuup!” from Dave Hester. Think about how many times he actually says it on the show, and then how many times he has to say it during a recording session with all the outtakes.

7) You may have guests next door who are partaking in activities on which you won’t want to be eavesdropping.

6) You may get buried alive by a hoarder.

5) There may be a live hand grenade in the unit next to you.

4) The pizza guy will never be able to find your residence in a sea of storage units.

3) After the storage facility manager kicks you out of your unit, you’ll have to deal with the guilt and shame of an eviction.

2) Almost certain death (Either by the lack of ventilation within the unit or by a gang of stray rabid alley cats while you’re using the bathroom outdoors.)

1) There’s no way to plug in a mini-fridge for your beer.

From the obvious health reasons to being denied many comforts of “house-living,” it’s better to find other ways to save money, such as cutting back on trivial things like deodorant. 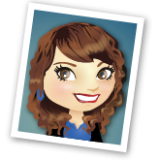