If you’ve ever seen the show “Storage Wars,” then you know abandoned storage units are great places to find unique treasures. Granted, a lot of the time you’ll find nothing but pure junk, but if you’re at it long enough or happen to strike it lucky, you just might end up with a pile of treasure (literally!). While the chances of finding $1 million in a random box of rubbish is unlikely, several people have unearthed rare treasures—and sometimes even more bizarre discoveries—in abandoned storage units. Check out some of the strangest below.

Buying a pile of random junk from an old storage container for $100 may seem like a waste of money for some, but you’d change your mind if you found a $1 million car inside. CNBC.com reports that a Long Island contractor purchased the contents of a storage container back in 1989. What they found inside was shocking: a white sports car with no wheels!

Turns out it was the famous James Bond Lotus submarine car from “The Spy Who Loved Me.” The Long Island man didn’t even know what it was since he’d never seen a James Bond movie! In 2013, the car went up for auction and sold for almost $1 million.

After Jackson’s father failed to pay rent for his storage unit, the contents went up for auction. Toronto resident Howard Mann purchased the unit only to find 273 never-released Michael Jackson tracks inside. The songs included a duet with Tina Turner.

To some people, scoring big on a storage unit’s contents feels like winning the lottery. However, Allen Haff of “Auction Hunters” points out that, “When you know the value of things, it’s not gambling.” Even so, Haff and his partner Clinton Jones still manage to make unusual discoveries, including a NASA rocket and a countdown clock that they won in a $1,500 bid for the unit’s contents.

We’re not talking dead bodies here. That’s a story for another day. When a North Carolina man purchased the contents of a storage unit, he found something unexpected in a smoker: a human leg.

Shannon Whisnant, the man who purchased the items, called the police, but it turns out the severed leg wasn’t the result of a crime. It was actually John Wood’s amputated leg, which was the result of a plane crash in 2004. He intended to keep the leg to be buried with the rest of his body, but after he lost his home, he placed it in his storage unit. Eventually, he fell behind on payments, and his leg went up for auction.

You’d expect to find pirate treasure buried somewhere on a secluded island or perhaps in the depths of the ocean. One San Jose man found $500,000 worth of treasure after winning the storage unit’s contents for just $1,100. The blue Rubbermaid tub he reportedly found the treasure in housed a number of Spanish coins and silver bars.

In a 2011 auction that involved the contents of a former WWII general’s storage unit, the winning bidder received authentic American documents and a variety of other American antiques and memorabilia. Among the contents of the storage unit was what is believed to be Harry Truman’s cane.

As these stories go to show, you never know what you might find hiding under layers of dust in abandoned storage units. What’s the strangest thing someone would find in your storage unit? Let us know in the comment section. 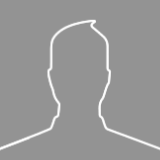