With so many bills being introduced in our legislatures, state and national, it is impossible to keep up with them all. Most of the bills being debated probably don’t directly affect your life, but some of the self storage legislative trends are definitely something you should keep up on.

There’s currently a bill in the Massachusetts state legislature that would require facility owners to keep certain information about you, the tenant, for police to inspect at will.

Who’s to say a similar bill couldn’t be introduced in your state and be passed before you even knew about it?

The Massachusetts Self Storage Association came out against this particular bill, which shows how storage associations are getting their opinion in the mix. The renter shouldn’t be left out. If you feel like your privacy could be violated, it’s important to voice your opinion before the bill is passed.

What does the bill say?

If the bill is passed, it will require Massachusetts storage facility owners to keep a register of their customers that includes the renter’s name, latest known address and what units and when the tenants rented. This register will be available for police and authorities to inspect.

Reasons for the bill

The sponsor of the bill, James Timilty (D-Walpole), didn’t return our requests for an interview so we don’t know exactly why he introduced the legislation.

Jeffrey Greenberger, legal counsel for the Ohio Self Storage Owners Society and the Kentucky Self Storage Association, says he assumes the purpose of the legislation is because authorities want to be able to skip the long process of getting a subpoena, which involves getting the court to issue a subpoena Greenberger says there are many federal laws that allow for the exact same thing.

“After 9-11, the FBI got a bunch of new authority in order to do drug searches and seizers. They are allowed to get blanket subpoenas and they drop those on facilities I represent up to 70 times a year,” he says.

Although Greenberger doesn’t agree with this legislation, he says that self storage renters shouldn’t expect and don’t have any legal right to privacy. Plus, owners are already subjected to several civil subpoenas. The addition of this subpoena by law enforcement isn’t completely out of the ordinary.

But this law would allow law enforcement to go through the records at your storage facility—even without any evidence for a subpoena.

So, what do you think of this legislation?

If you’re like many, you may feel that the new bill is too invasive on your personal privacy. Even if you don’t live in Massachusetts, there may be a time down the road when police could sort through your belongings without evidence.

I don’t want to sound like your fourth grade teacher, but let your voice be heard! It’s much harder to control legislation after it’s already been passed and made into law.

If you do want to get more involved, check out two ways to keep up on self storage legislations:

The self storage industry laws are changing. If you feel strongly about how those laws affect you, make sure you’re part of deciding what direction they are moving in. 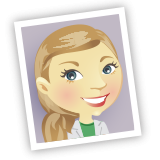