The Best and Worst in Storage Auction Finds

Thanks to the popularity of shows like Storage Wars and Auction Hunters,  a lot of surprising storage auction finds are making their way to the mainstream news. Here are a few interesting (and sometimes terrifying) finds we've caught wind of recently.

- Pirate gold: The winner of this auction walked away with $500,000 in gold dubloons, silver Spanish coins and few silver and gold bars. He paid about $1100 for the contents of the unit, so he certainly came out ahead. We've read about a lot of valuable things turning up in abandoned storage, but actual treasure-chest material is a new one.

- Presidential history: The contents of two storage units in Virginia sold for $27,000 after they were opened and auction attendees got a good view of lots of antiques. The winning bidder estimated the value of the contents at nearly $100,000 and said it included Civil War letters, papers signed by presidents, and even a cane that belonged to Harry Truman.

- Whoops, weapons: An auction in Clinton, Tenn. got a little scary when a grenade was discovered in one of the units up for auction. It was determined to be a training grenade and was deactivated at a nearby National Guard Armory. Imagine digging through your brand new unit looking for treasure, only to cause an explosion.

- This story mentions a couple who purchased a unit filled with gun tote bags that looked like they had something in them. It turned out they were just full of water bottles. Bummer. (The same story notes that any weapons purchased in auctions have to be turned over to police to verify ownership before the purchaser can have them. I found that personally reassuring.)

- Another bidder in Daytona bought the contents of a unit "because the concert speakers he saw led him to believe there might be expensive musical instruments inside." Unfortunately, there weren't, and the bidder hopes to just break even now.

A lot of the stories we've come across point out that storage auctions are risky – more often than not, bidders buy items that are worth more to the owner personally than they are to the rest of the world. The cable shows can be misleading because, said Michael T. Scanlon, president of the Self Storage Association, "the TV shows shoot 50 to 100 auctions before they find something of real value or significance in the unit."

Even though you may find gold doubloons and high-value memorabilia, proceed with caution at storage auctions. You might just end up with a carful of severed Barbie heads and nowhere to go. 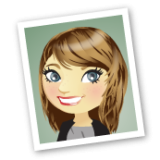