Self Storage and Cross-dressing: Problem or Party?

A self storage manager’s recent post on the industry’s popular social forum asked for advice on a unique situation: What to do with a customer who walks into his storage unit as a man and walks out a woman. Does one refuse to do business with him, or attend her drag show?

Hurlco’s startling title “Here comes a drag queen?” and the numerous responses (both mocking and insightful) have caught the eye of the highly vocal gay, lesbian, bisexual, transgender and queer (GLBTQ) community. Now the subject is taking on a life of its own in the rainbow blogosphere and Twittersphere (I happened to see it on a @gay retweet), quickly penetrating small mainstream media.

I could write a few paragraphs touching on the nuts and bolt of this issue, but far more entertaining than my long-winded drivel are the comments themselves. So without further ado, here are some conversational highlights from SelfStorageTalk, Queerty and Topix:

(Visit the forum to read the full thread, context, and identities.)

Lastly, the most intelligent comments (uh, sarcasm) from Topix.com, started on October 2:

As StorageFront’s obsessive-compulsive marketing chief, my favorite comments of the bunch relate to marketing, “Maybe you should post an ad on Craigslist.org advertising that you cater to alternative lifestyles. There may be a market here!”

In all seriousness, if a self storage operator has a facility in an urban area that’s highly competitive, GLBTQ would be a great peripheral market to tap. They are, for the most part, highly loyal to the businesses that support them.

I wonder what readers of Self Storage Marketing Ahead would think if I recommend such an out-of-the-box (and out of the closet!) idea.

Having been to my fair share of drag shows, transgendered people don’t even faze me. Of course, they are outgoing and boisterous to the point of being a little terrifying, but they mean you and yours no harm. Just like alcoholics, they're generally content just torturing themselves. If you can laugh at yourself as much as at them, they can be entertaining as all get-out—or come-out, as it were. 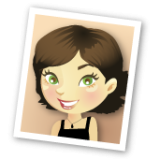